The students, through a combined effort, won the ROWE Scientific Award for the second year named after Reg Rowe who is a great supporter of Science Education across Australia.

Students presented their entries to the judging panel, during the Schools Science Week Fair in conjunction with the National Science Week held in August of each year. Many of the entries were Teacher-Directed however the majority of entries were designed by the students within the guiding criteria.

We would like to congratulate all the students who entered the competition and the following students who won in their respective categories: 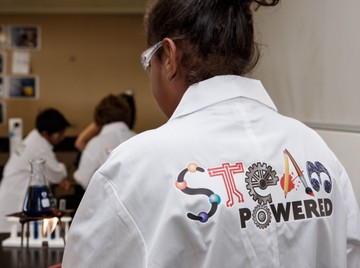 NT Minister for Education, Selena Uibo officially launched the "STEM in the Territory Strategy 2018-2022" at Darwin Middle School on Monday 5 November.Science, Technology, Engineering and Mathematics (STEM) underpin every aspect of the world we live in, and it is the innovative and emerging technologies…

National Science Week is an annual festival of science that takes place in August each year. This celebration aims to raise the profile and increase the public understanding and public appreciation of science, innovation, engineering and technology, and their role in maintaining and improving our society,…

Get the latest news delivered straight to your inbox. You can unsubscribe at any time.